Home   Who we are   Our history

Himalayan Learning was founded by a Briton and a Nepali, who both believed that with the right knowledge and energy, they could do a far better job of supporting children in Nepal than many other organisations.

Himalayan Learning was founded on the basic principle that children lacked very small and cheap things, but without them, could not go to school.

We realised that in situations of extreme poverty where local salaries are often less than a dollar a day, even buying a pencil becomes impossible. (Indeed, the majority of people where we work are farmers and have almost no financial income whatsoever.)

In the first year, Himalayan Learning gave 114 children the support they needed to go to five schools in Nepal. 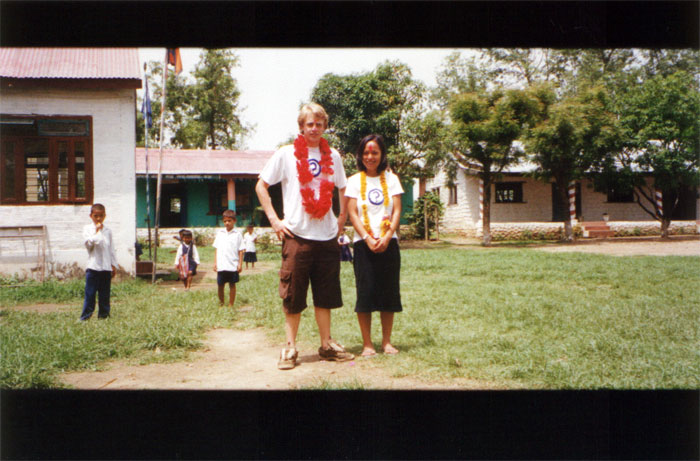 Two years later, and with growing experience of what works best, we started to focus on the education of girls and the inclusion of disadvantaged groups.

A year after that, it became apparent that these girls also needed support after school, and Himalayan Learning began to diversify its support to include healthcare (such as for menstruation) and employment-generating skills-development.

In 2005, we launched our first website and produced a short documentary film, which was then highlighted by the BBC to show the UK what amazing work we are doing in Nepal.

Himalayan Learning began its path to formal recogniation in 2003 when it was recognised as a charity by the Officer of the Stamps, part of the Inland Revenue (Tax office) in the UK.

We completed formal Deeds of Trust in late 2003, and submitted our application for registration with the Charity Commission. We were accepted in early 2004 following some  small amendments to our Deeds of Trust.

We were also recognised by the Inland Revenue in late 2004, and have been allowed since then to make claims for tax reimbursement on donations – known as “Gift Aid” in the UK.